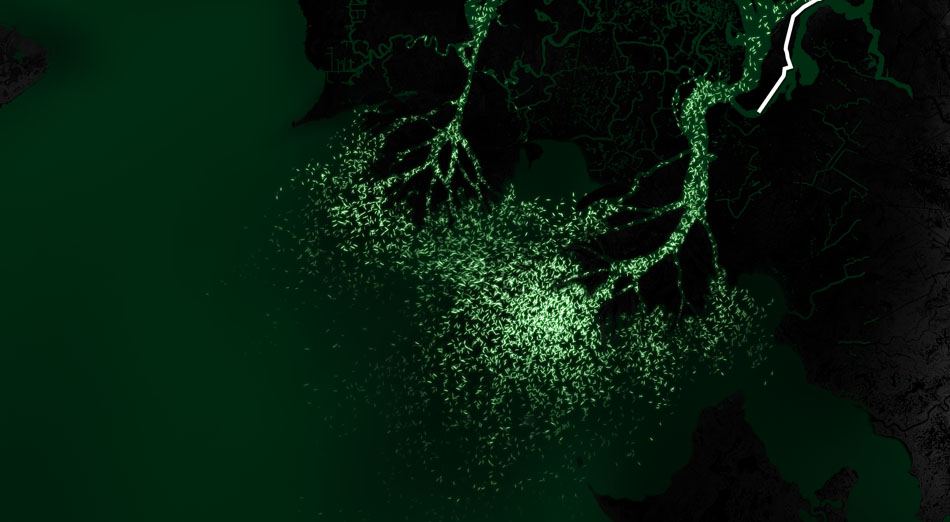 (this project also appears in the book Responsive Landscapes)

The POD MOD proposal addresses issues of sedimentation, dredging for navigation and optimized land building at the mouth of the Atchafalaya Basin near the Gulf of Mexico. Essentially the proposal contends that by creating sediment ballonets that can be floated from the top of the Atchafalaya down the river it would be possible to use this method to more efficiently rebuild barrier island and land for coastal protection.

Due to the excess flow of sediment and nutrients, these areas are experiencing a significant increase in land formation while the rest of the Louisiana coast is in decline. While there is a surplus of sediment and land building, due to flow of the river, dredging, and weather patterns, most of the sediment is lost to the Gulf of Mexico. To counteract this process, a sediment transportation pod modification system will be introduced at the Old River Control Structure. This system would harness the existing sediment load and convey it downriver, creating a greater concentration of deposited sediment which would expedite the natural land building process. In addition to providing a more concentrated sediment load, this process will create a sensor network that allows for a mapping of deposition patterns. 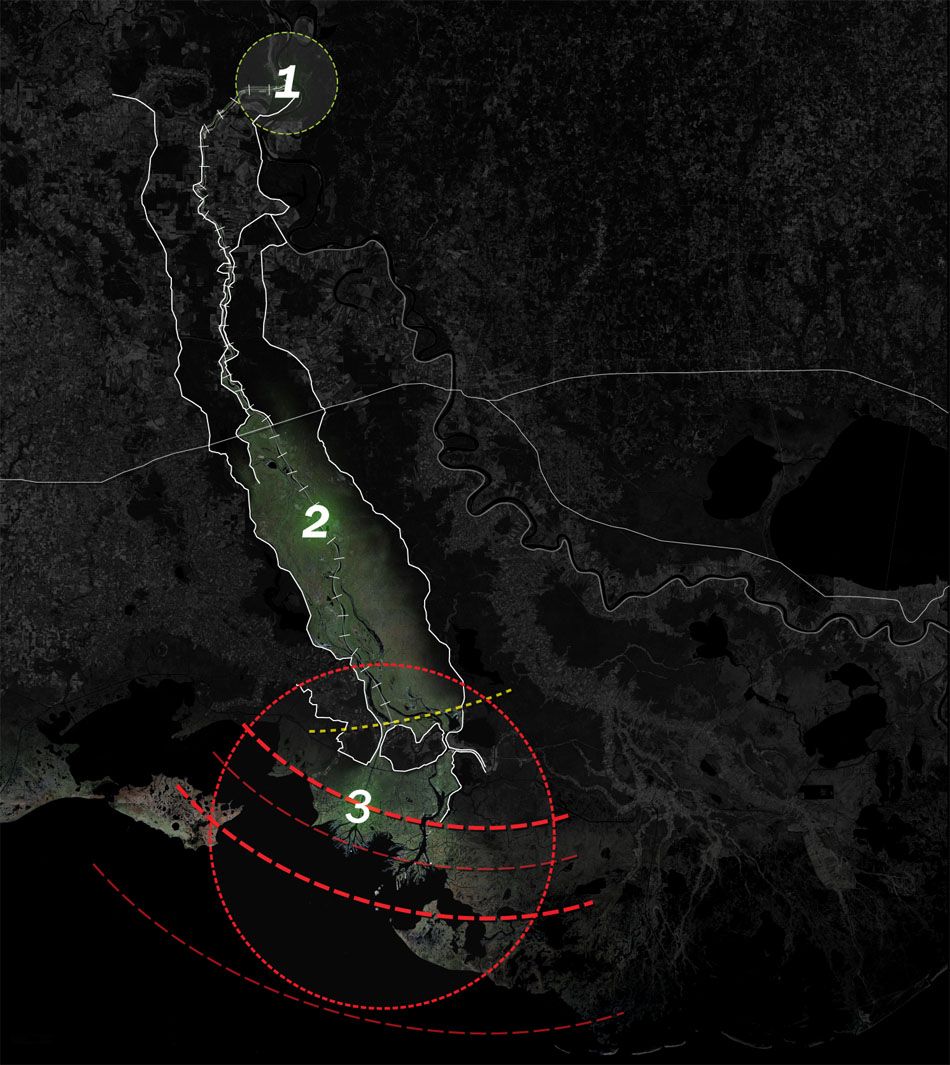 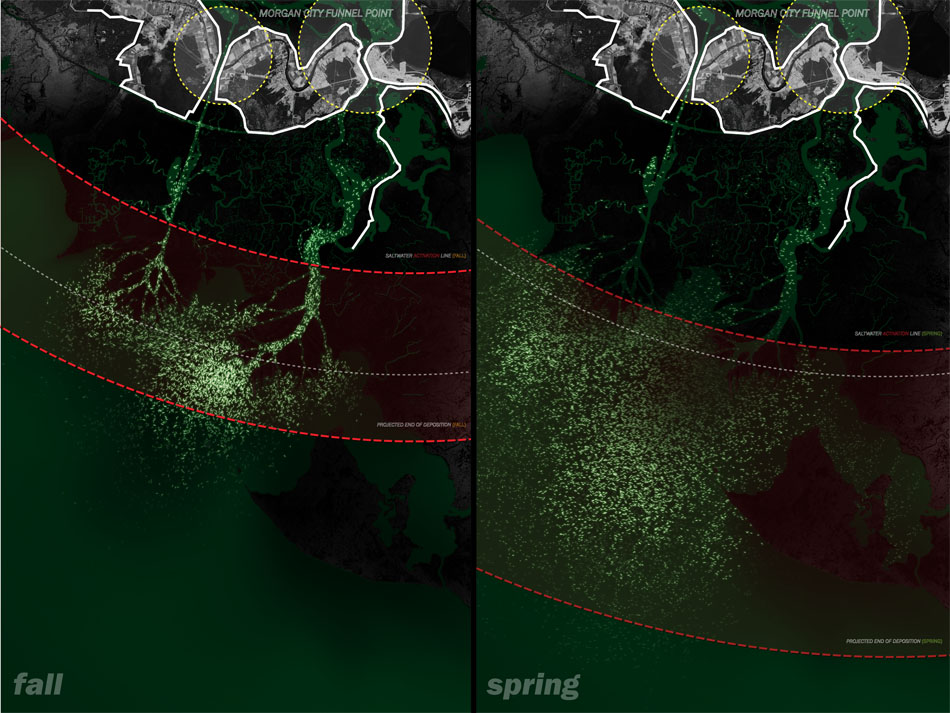 The conveyance system is comprised of two units, one being an extrusion module that will be integrated into the existing Old River Control Low Sill Structure, and the other being a pod that is released from the extrusion module after a predetermined amount of sediment is captured.

The pod has two main components; the transportation mesh which is filled with sediment, and an inflated ballonet made of biodegradable material. A corrosive metal clamp is secured to the rear opening of both components sealing the inflated portion and the transportation mesh. Another important feature of the ballonet is a sewn-in RF sensor which allows the pods to be tracked. Once the pod reaches saltwater, the metal clamp undergoes the process of galvanic corrosion, causing the clamp to deteriorate, deflating the pod which results in it falling to the river floor. The pods will begin to create a framework of support for the channels as they deposit, forming a more concentrated sediment load by reducing the amount of sediment that is lost to the Gulf of Mexico. The pods will biodegrade in approximately four weeks while the RF sensor remains, and can be tracked by Coast Guard and Wild Life and Fishery boats, creating a traceable network of the sediment being deposited.

Over time, this process will build land south of Morgan City at the Wax Lake and Atchafalaya Delta’s at an expedited rate, increasing the area for wildlife, vegetation, and surge protection. The process will also reduce the amount of dredging needed by floating pass the problem areas in the river which will increase the amount of sediment deposition in the Atchafalaya Bay. It will also create a real-time mapping of the sediment deposition, which helps identify areas of the greatest sediment accretion, and also where the deposition process is being impeded so the system may be adjusted to achieve the most efficient results. 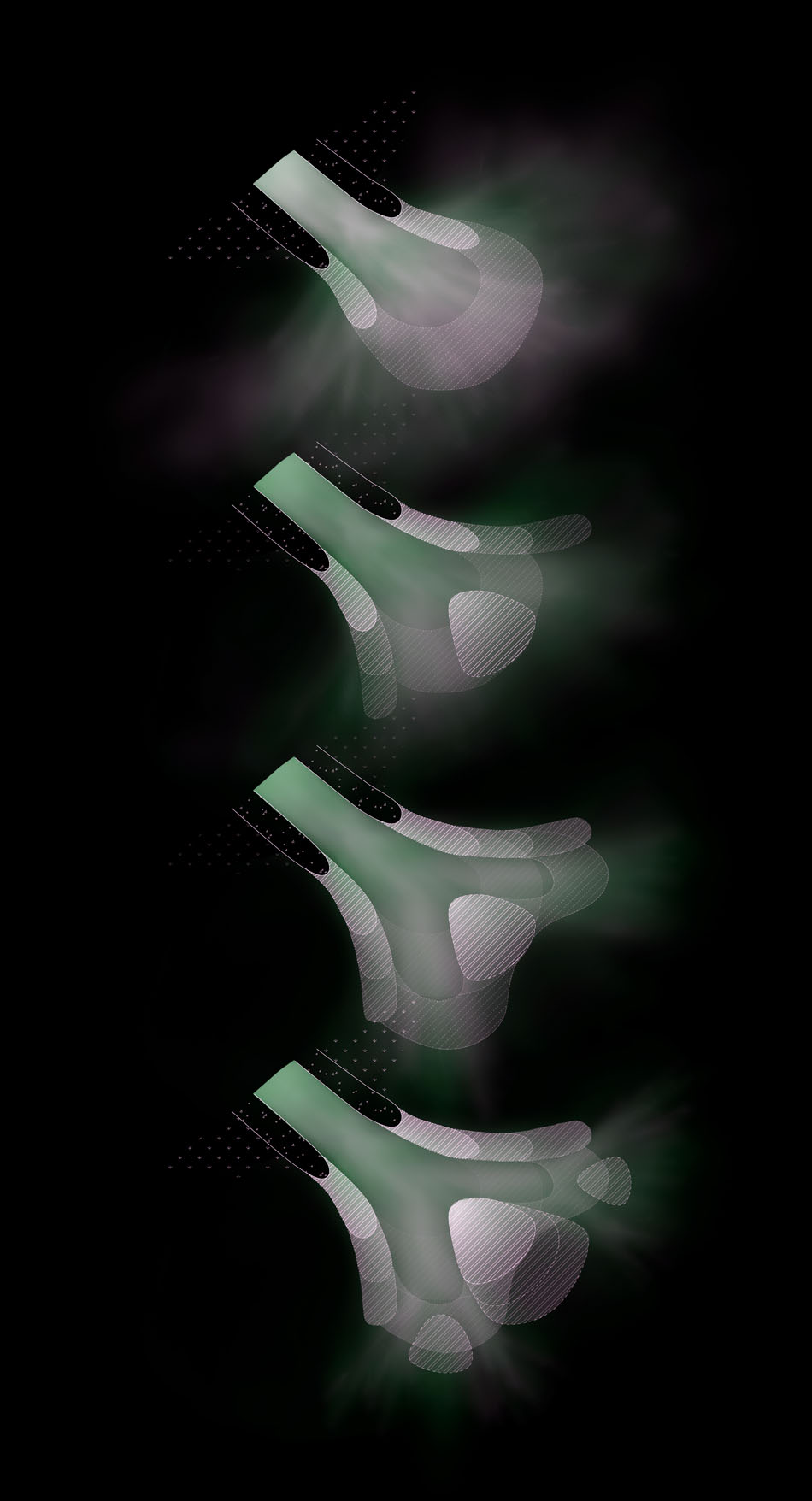