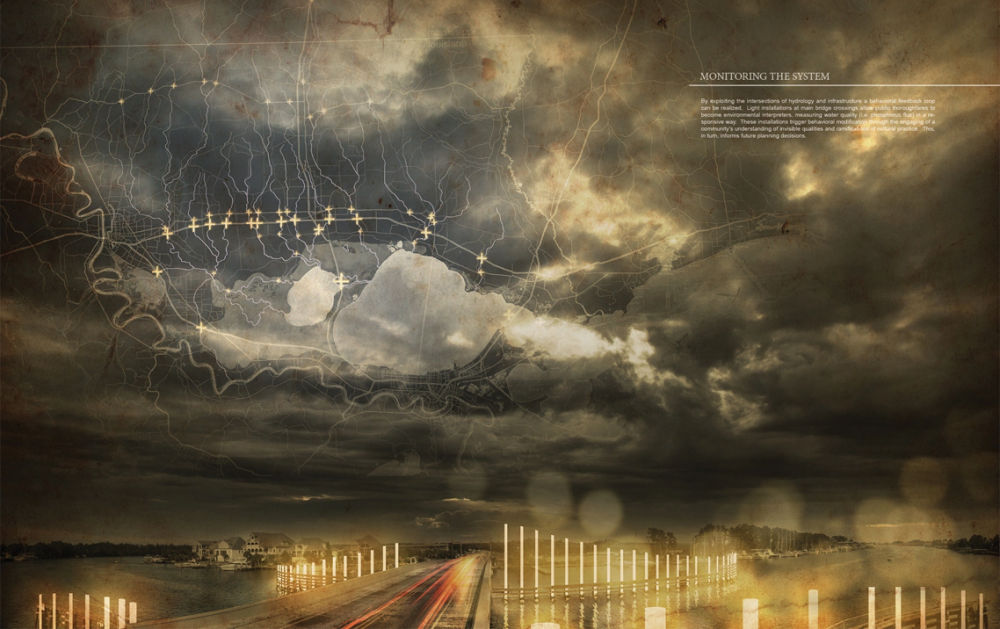 This project aims to analyze hydrological flows of the North Shore Region of Lake Pontchartrain through the lens of urban metabolism and project future socio-ecological scenarios.  The North Shore has undergone incredible growth as a result of general coastal degradation further punctuated by especially influential storms like Hurricane Katrina.  This is influencing people to move to safer, higher ground.  The particularly rapid growth of the North Shore has largely been ecologically ignorant and culturally unsustainable.  Alternatives do exist, however.  Metabolic Change is the medium to those alternatives, intending to produce a relational model flexible to varied cultural and ecological needs within a region.  Real-time visualization of Grasshopper and Rhino are linked with hydrological data, informing a metabolic urbanism conducive to the local ecological and cultural flows.  The relationship between form and function in the context of nutrient metabolism, meaning between city and hydrology, is investigated on a regional basin scale, that of Lake Pontchartrain.

In the largest sense this project is about developing a unique process of design.  This is to say employing the flexibility and versatility of parametric design and its ability to respond to dynamic input values.  These values can be cultural and qualitative or scientific and measurable.  Thus it is the producing of a methodology that is more tool than masterplan, more approach than equation, more living than complete.

The final product is a diagrammatic instrument, a metaphorical organism, responsive to existing conditions (nature, culture, and the hydrological flows between the two) as well as future conditions such as disasters and population growth.  By generating diagrammatic readings a variety of design iterations can be proposed, considered, and productively dismissed or adopted. 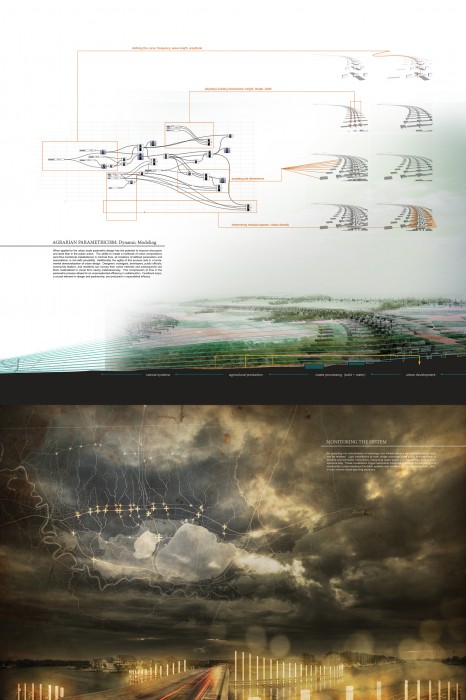